It takes about 5 minutes to brush Hope or Kate out entirely. Yet another thing I like about Border Collies - they're pretty much "wash and wear". 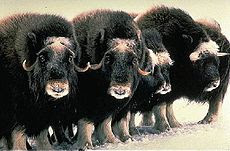 The muskox (Ovibos moschatus) is an Arctic mammal of the Bovidae family, noted for its thick coat and for the strong odor emitted by males, from which its name derives. This musky odor is used to attract females during mating season. (thanks Wikipedia!)

Maybe Bruce doesn't smell quite as strong as a muskox, but then I don't really know what a muskox smells like - so who knows? The ladies DO find him attractive...

He DOES have a thick coat. This is what 5 minutes of brushing Bruce gets me. 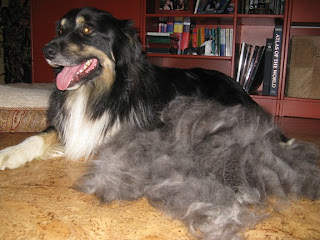 I don't know if I should be envious that he can take inches off his waist in minutes, or terrified at the thought of losing that much hair... 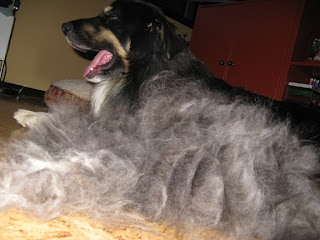