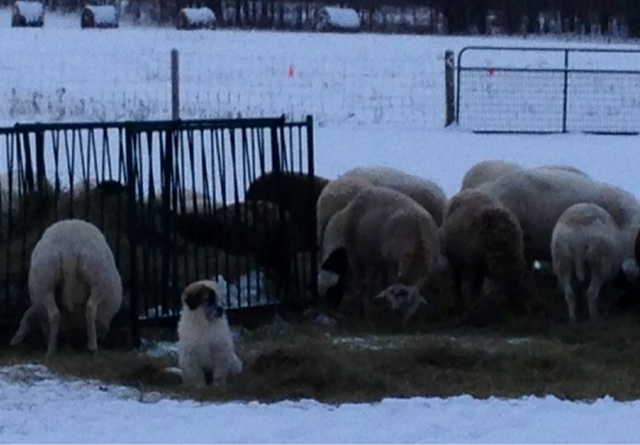 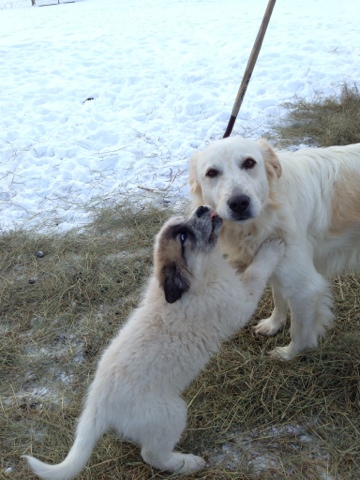 After that big catch up last week you'd think there wasn't much to talk about. I'm happy to report that Gyp is settling in very nicely. She seems VERY comfortable. 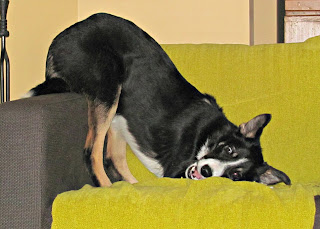 She's delightful. She's settled in so easily it feels like she's been here for ages.

You'd think that would be the end of the news, but no. Sam has grown into a good dog and he deserves good company for all of his efforts. While he loves his sheep we know that he'd appreciate some full time company. 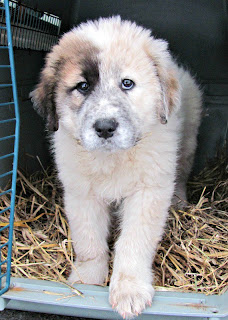 Meet Ralph. He's 3/4 Maremma and 1/4 Anatolian Shepherd. He'll help Sam with homeland security against all things lurking in the bush and they'll keep each other entertained in between shifts. In the meantime - my god he's adorable!

Time for a big catch up.

First off, in case you're reading from somewhere hot and sunny, summer's over and winter has definitely moved in. No point in taking special pictures of the snow because it's hard to miss when taking pictures of anything else.

We went ram shopping a couple of weeks ago and brought home this new registered boy. Picking him up was pretty much blog worthy on its own, but lets just say that a. I really appreciate the work of a good experienced dog (which we did not have with us on this trip) b. one person can not control a ram by hanging on for dear life to it's tail and c. necessity IS the mother of invention. 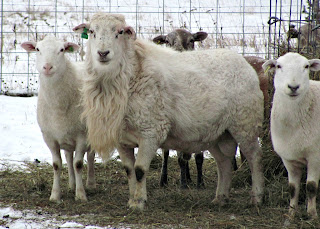 We put him to work right away with the older girls and he was more than happy to oblige. 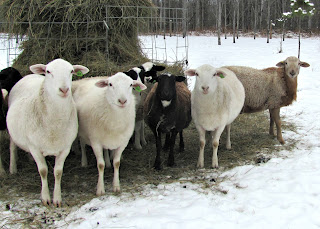 We put the brown ram lamb from Holly in with the yearling girls and it seems he caught on quick as well. Looking forward to what they give us next March. Btw, the black and white ones in this picture are some left over whethers from this summer - they're happy to watch the goings on instead of heading off to market. ;-) The rest of the boys DID go to market and this year's crop is delicious! 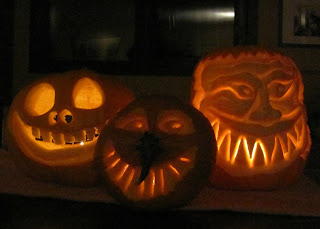 Halloween is by far my favourite holiday so as always, I carved some pumpkins, 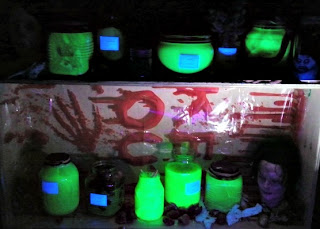 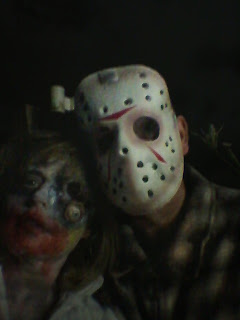 and then Travis and I got cleaned up 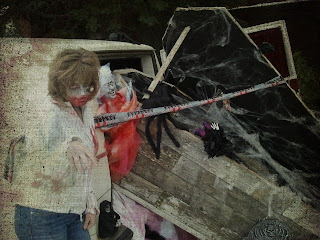 for a big night out on the town.

Having somewhat recovered from all the "scaring the bujesus out of folks, young and old" that Halloween brings, we welcomed friends Wendy and Chris up for the weekend - there was one last bit of trialling to be done for the season.

Apparently travelling light in McCord Saskatchewan means bringing everything you might need with you... 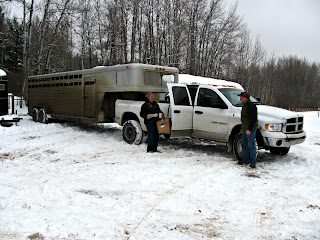 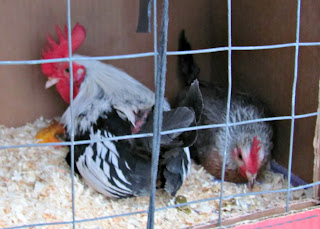 After a great breakfast of eggs, we headed off to Mayerthorpe for the Alberta Arena Finals. We all had good runs and both Wendy and I made it into the finals - Wendy with Gin in Open and Ben and I in Nursery. Sadly we both suffered from that dreaded disease "too much pressure at the pen" and both dogs came in third. On the upside, Chris got us both to and from the trial through fairly horrid road conditions - making it home alive is even BETTER than winning - thanks Chris!

While in Mayerthorpe I picked up this little sweetie. 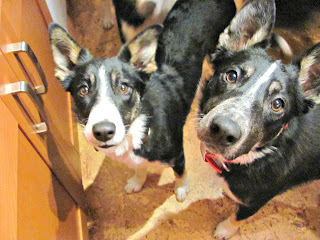 Gyp is just shy of 8 months old. She deserves her own blog update and she'll get one, but for now lets just say that she gets along fine with everyone and has taken no time whatsoever to settle in and is super adorable. I'm looking forward to starting her this winter.

After Mayerthorpe it was off to Farmfair in Edmonton. Ben ran a little hot the first go around - funny how flipping a young dog back and forth without a lot of stops can do that. I took him home and made sure he got out for a good run and he ran much better the second day, making it into the finals.  He ran equally well in the finals and we finished up as Farmfair's Reserve Champion - a great way to end a terrific first year for two year old Ben.

I think that's it and I'm fairly caught up. I'm sure with the boredom that comes with winter I'll find time to blog more often.

I swear it was the sun in my eyes 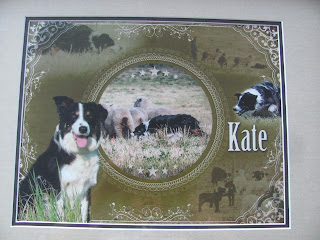