When locals find out we have sheep, one of the very first questions they generally ask is "How many have you lost to coyotes?". So far, our answer has been "not a one". As a matter of fact, so far we've had more trouble with stray dogs than wild things.

However, we're not blind to the fact that we are surrounded by wild things and there's a really good chance that eventually they'll try out the Meanook Valley buffet we've laid out for them.

A number of our friends have gotten livestock guardian dogs for their sheep and that seems to be the end of their coyote problems.

Given that Bruce has no desire to chase sheep, I asked him if he'd like to earn his keep around here by guarding the sheep instead. 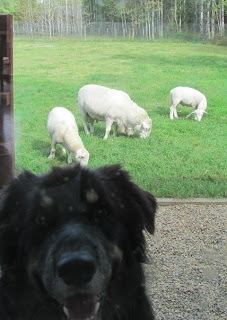 While Bruce was happy to take one for the team, he pointed out that his real job is to act as court jester, eat cheezies with Travis, and drag hair and sticks into the house.

Today I took a more traditional route and went out and bought us a Maremma - a real livestock guardian dog. 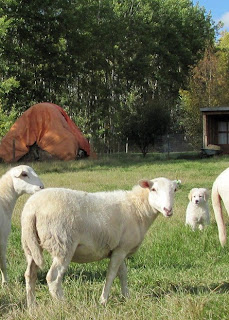 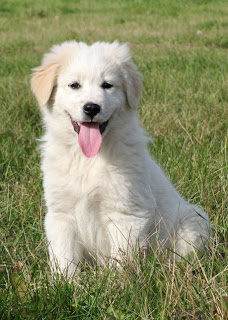 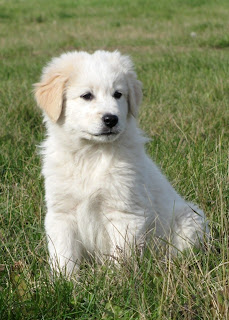 and already taking his job seriously.
Of course he needed a name that would match up to the seriousness of his job, so we thought long and hard about naming him after a dog he could really look up to. Of course we wound up naming him after the most famous guardian dog of all.
Who's that you ask? 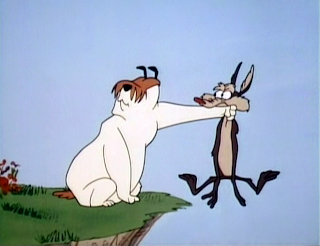 Why Sam Sheepdog of course!
Posted by Lisa at 3:26 PM

OMG! So cute! He'll be brilliant!