I needed a new bike.


This is what I bought. 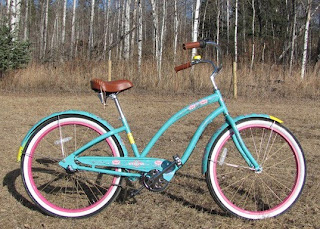 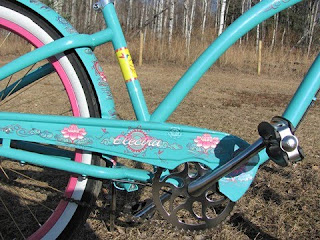 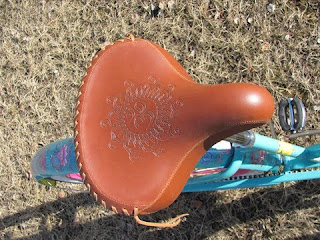 I've been giggling like a school girl ever since!
Posted by Lisa at 6:08 PM

now THAT is a bike! I am jealous! Been wanting a bike..just didnt want one with all those gadgets that i didnt know what to do with...i had no idea they still made a basic bike...and this one is snazzy looking too!

Your bike is awesome. Love it. I often wonder the same thing about men. Yes the car is great when I look at you driving along side of me but as soon as I see your balding chubby cheeked head, I put the metal to pedal and think "why is it only balding overweight men drive nice sports cars?"

I love the bike! I've seen a lot of that style being ridden around lately, they're very "in".


I also agree with the middle-aged men in sports cars epidemic. I live in a vacation beach area where we get a lot of tourists, so there's a pretty good supply of good looking guys. I'm 24 years old, but when I pull up to a Ferrari and get winked at by a bald man who's way older than my father, it kind of makes me throw up.

ooooh, it's preeeety.
Have the streamers fallen off?
Oh, and I think I know of a hockey card that's dying to clothespin itself to the frame. Ah, the sound of spokes flicking cardboard. . . .